Welcome to the Official MiG Ayesa site, crammed full of exclusive audio tracks, videos, diary entries, pictures and up to the minute news. Everything you need to know about MiG. See it right here, first on mig-music.com.

MORE THAN EVER - The CD from MiG Ayesa

Listen to samples of MiG's album MORE THAN EVER
on the player below, and get the album here ...

MiG joins a wonderful line-up of supporters for the brilliant KAREN JACOBSEN - for her most recent project:  Better Standard Than This . It's a musical adaptation of former Australian Prime Minister, Julia Gillard's historical MISOGYNY SPEECH.

On October 9th, 2012, Australia’s first and so far only female Prime Minister Julia Gillard AC delivered a speech with a message that reverberated around the world. addressing misogyny and sexism. Her words carried the power of millennia of women experiencing a lesser standing in our world. International Songwriter, Concert Artist and Professional Speaker Karen Jacobsen was so inspired by the message of this iconic speech, she has composed a long form pop orchestral work setting those words - word for word - to music (with permission). The single BETTER STANDARD THAN THIS is excerpts from the full work, the 'Misogyny Opus', to be released February 24th, 2023. To learn more visit http//:www.karenjacobsen.com

MAN IN THE MIRROR: MiG joins the global cast of THRILLER LIVE and headliner Siedah Garrett with a new version of the Michael Jackson hit, MAN IN THE MIRROR (written by Siedah Garrett and Glen Ballard) to raise money for the Ukrainian refugees. As the war in Ukraine escalates, and continues, the need to help our brothers and sisters in the Ukraine is more crucial than ever before. MiG performed in and also edits the video. Please share and spread the word, so we can raise much needed funds and awareness for their desperate plight. 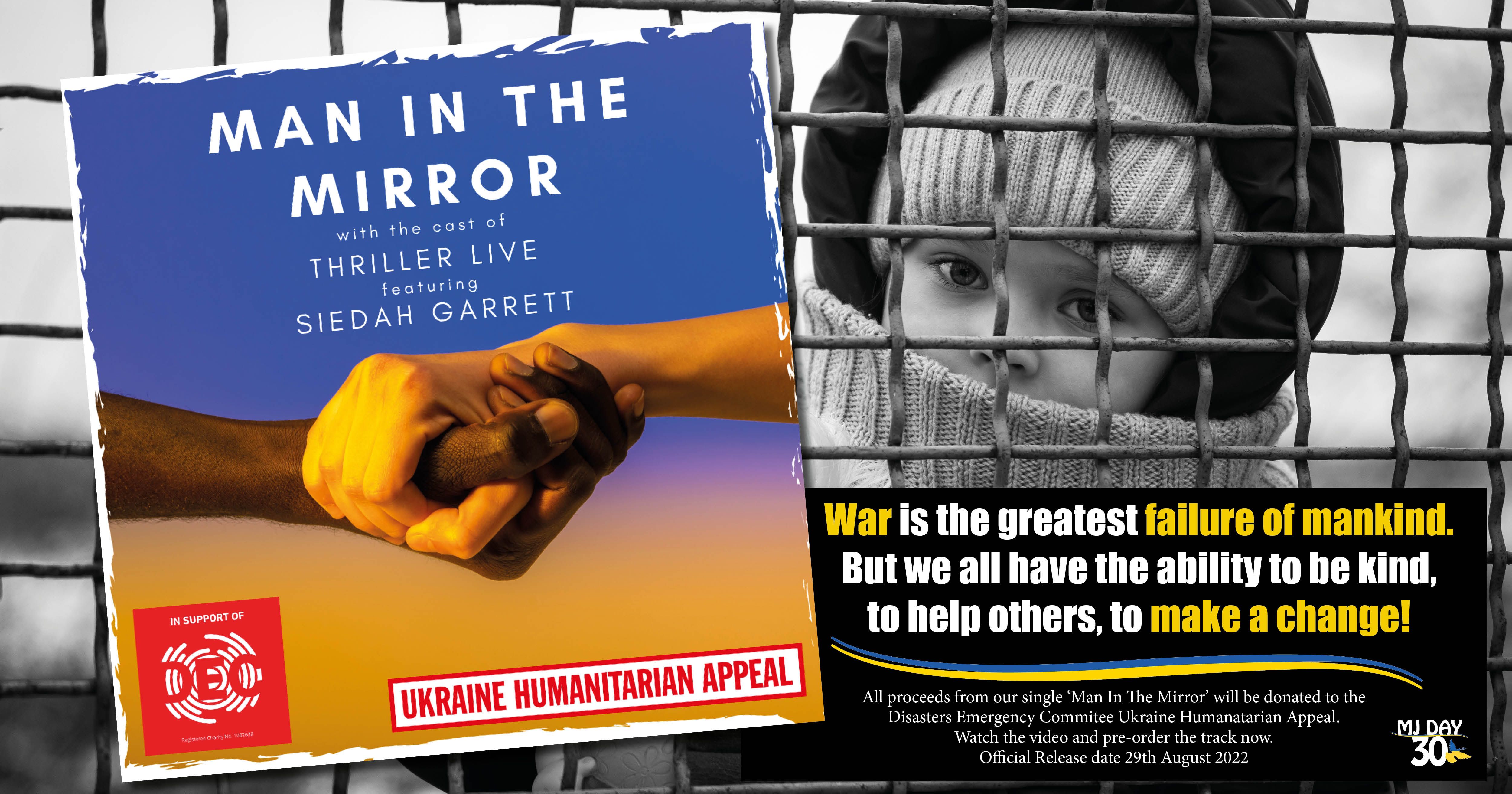 To celebrate ANZAC DAY this year, here's a project that MiG collaborated with the the New York Australian Community. Edited and filmed by James Boland, here is a parody of Sting's ENGLISHMAN IN NEW YORK, that speaks of the trials and challenges if being an AUSTRALIAN IN NEW YORK: 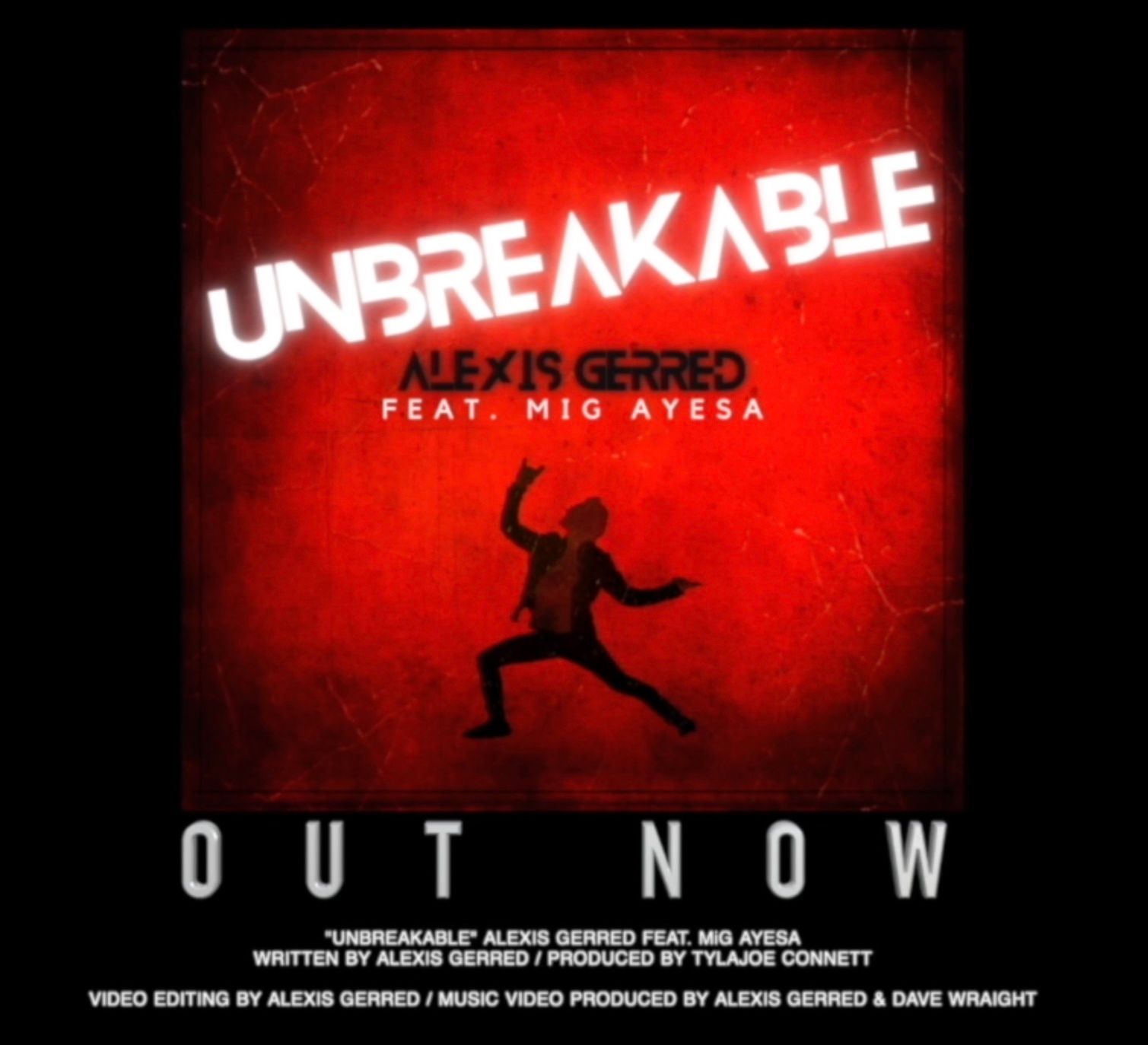 MiG joins a stellar cast to star in CHOICES: a brand new work written by John Krupa. A rock opera that follows a rockstar as he navigates his way through events in his life. Only 3 performances of this workshop presentation: April 1, 2 & 3, 2022. All details are in the TOUR page. 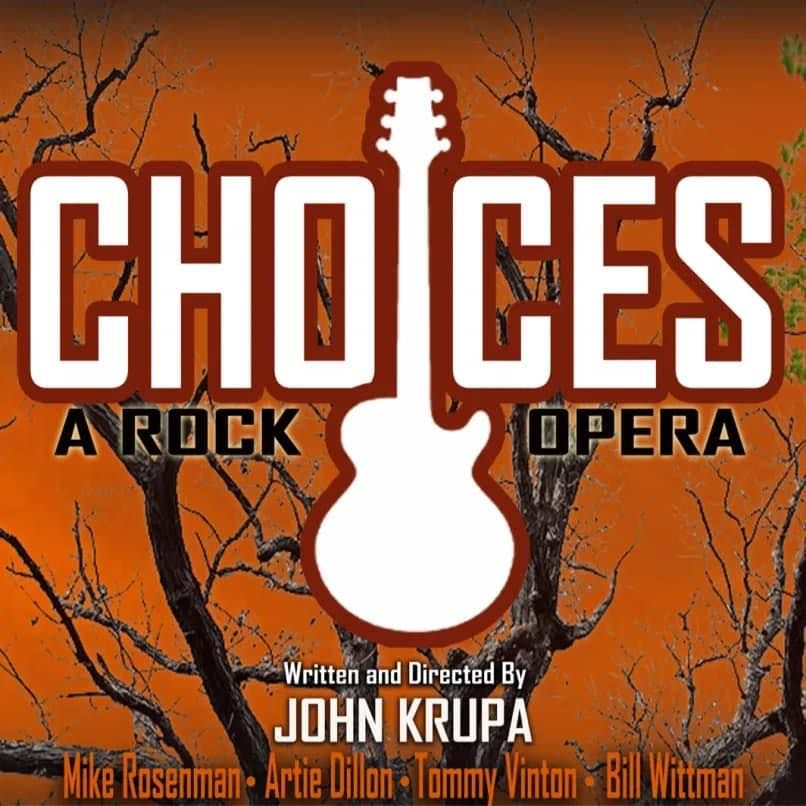 MiG IS BACK WITH OZ CONCERTS!

MiG is back in Australia to perform in the previously postponed concerts, GOTTA HAVE FAITH - THE MUSIC OF GEORGE MICHAEL ORCHESTRATED and YOUR SONGS - THE MUSIC OF ELTON JOHN ORCHESTRATED. Feb 25 + 26 and March 4. Check out the TOUR page for all the details! 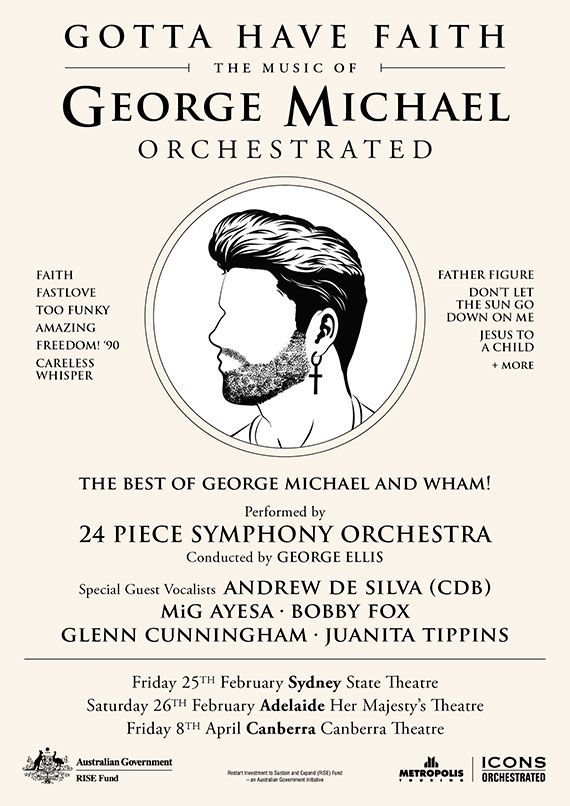 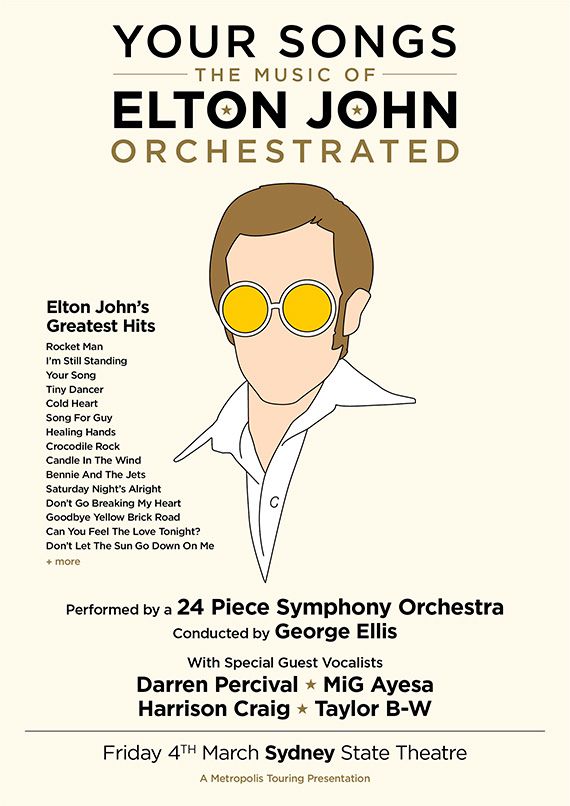 Zairus Cervantes is a brave young man from the Philippines who was once a gifted and multi-awarded student, but then fell ill with a series of complicated illnesses from epilepsy, spontaneous pneumothorax, asthma, panic disorder and conversion disorder, paranoid schizophrenia, GERD, heart regurgitation and essential hypertension. His family has struggled to keep up with medications and treatments, as the costs escalate far beyond their means. There is very limited access to support for the family in a poor country like the Philippines, especially during these crazy Covid times.

However, Zairus somehow found MiG online and started sending him videos of him singing some classic show tunes, and asking his opinion of his performances, and asking how he could improve. One day, he decided to send MiG some poems that he wrote, and they were stunning. The lyrics of this song, IN YOUR ARMS, are a poem that Zairus wrote about his family. MiG thought it would be the perfect way to make people aware of Zairus' plight and maybe the world can help this man and his family with all their rising medical costs.

A Go Fund Me campaign was started and you can donate or share the campaign here:  HELP MiG HELP ZAIRUS! 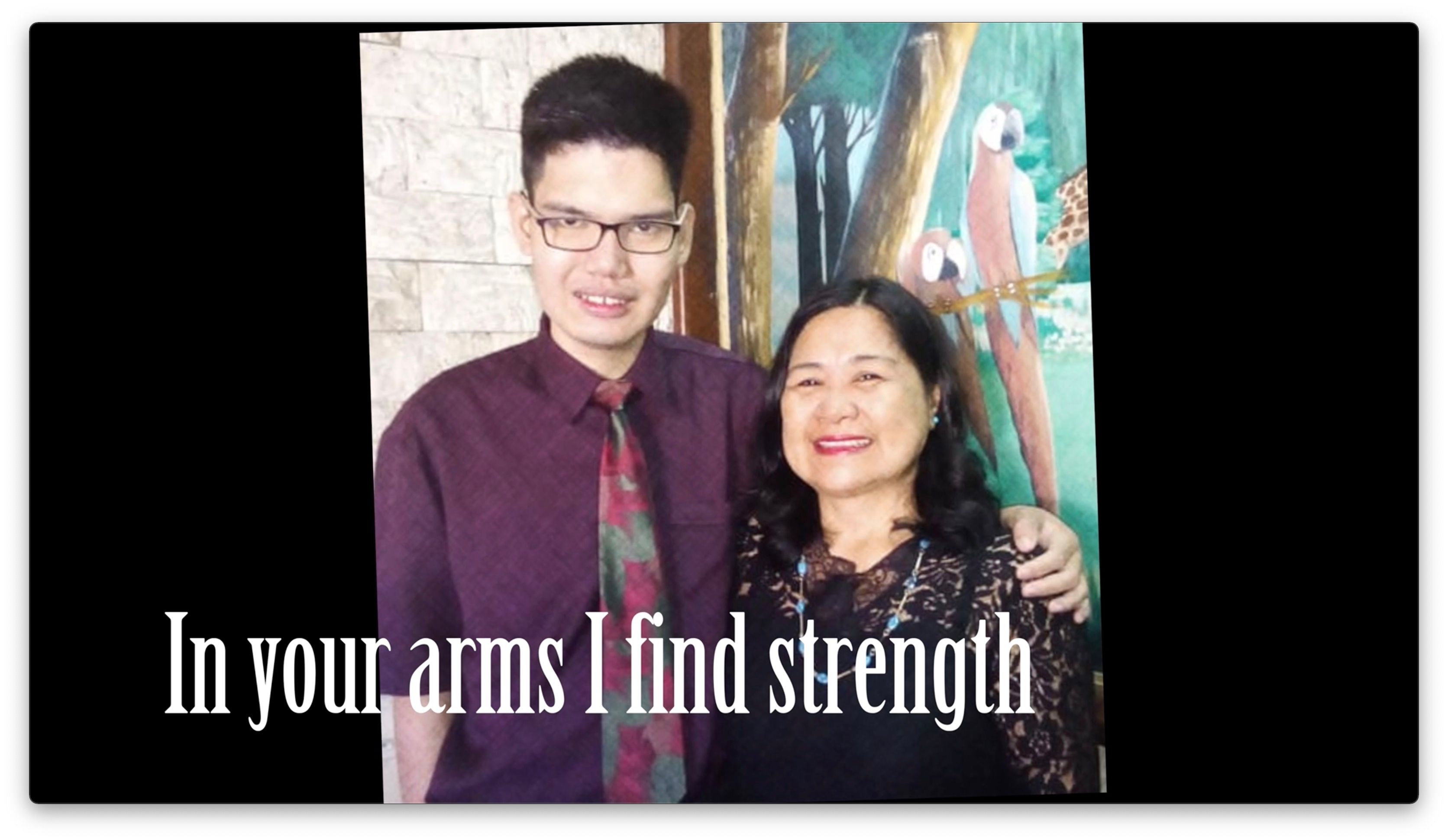 FOR MORE NEWS AND MiG ARCHIVES, GO TO THE NEWS!


CLICK on the images below to order MiG's album
available now...

Being in the final three for ROCKSTAR:INXS is really not where the road started for MiG, but just the continuation of a career that started in Sydney, Australia. Having been in many bands throughout high school, MiG (aka Miguel Ayesa) started his professional performing career as an actor in a pilot for the TV series MISSION:TOP SECRET. His next job was to play 'Ritchie Valens' in BUDDY... THE BUDDY HOLLY STORY which took him not only all around Australia but to London where he performed at THE ROYAL VARIETY PERFORMANCE for Queen Elizabeth 2 and Prince Phillip, as well as entertaining Princess Diana and her two very young boy Princes. MiG continued a string of roles on many stage shows and tours, but it was when he moved back to London that things really started to take off. After a short stint in RENT, MiG was chosen to play 'Galileo Figaro' in Queen's WE WILL ROCK YOU. However his talents caught the attention of the casting agent for a new CBS TV show that was looking for a new frontman for Aussie super group INXS. MiG was flown to Los Angeles where he fought it out with the other finalists to make it to the final, where he came in third in the world-wide competition. MiG was quickly signed by Decca/Universal Music Group and his self-titled debut CD was released in the USA, Canada, Australia, Philippines and New Zealand in 2007. In the final months of 2007 MiG returned to the stage as 'Galileo Figaro' in the International Tour of WE WILL ROCK YOU, successfully completing runs in New Zealand, Korea, Singapore, Hong Kong, finishing in Bangkok with his debut CD being released in those respective countries. In 2008 MiG appeared in HANDEL'S MESSIAH ROCKS, which was released on CD/DVD fall of 2009, as well as airing as a PBS-TV special across the USA. In 2009 MiG launched the 'call to arms' global campaign UNITED AS ONE, helping raise awareness and desperately needed funds to the people of the Philippines affected by Typhoon Ondoy, and consequently by following typhoons that continue to cause devastating floods. In January 2010 MiG made his Broadway debut in BURN THE FLOOR, as well as in the months thereafter touring with the show to Australia, Japan, Korea, Canada, and USA. In September 2010, MiG opened the 1st National Tour of ROCK OF AGES, as the legendary rocker 'Stacee Jaxx'. March 2011 MiG returned to Broadway to reprise his role in ROCK OF AGES for the show's reopening at the Helen Hayes Theatre. December 2011 MiG returned to London to reprise his role in THRILLER LIVE. In May 2012 MiG returned to the Philippines to reprise his role as 'Stacee Jaxx' in a completely sold out new production of ROCK OF AGES. February 2013 MiG reprised his role as 'Galileo Figaro' for the 2013 WE WILL ROCK YOU 10th ANNIVERSARY WORLD ARENA TOUR, successfully completing runs in Finland, Denmark, UK, Ireland, Netherlands, Luxembourg, Czech Republic, Turkey, Bulgaria, and Croatia. June 2013 MiG returned to the Philippines for ROCK OF AGES, the 'repeat run' and also in October 2014 for a third season. 2014 also saw MiG take the QUEEN SYMPHONIC SPECTACULAR to Australia, which included totally sold out concerts at the Sydney Opera House, and after playing 'Rooster' in ANNIE in New Zealand in June of 2014, MiG announced the launch of his new TV travel reality show FIL IT UP. Co-hosted with Sophie Sumner, this show aired in January 2015. In conjunction with this, MiG released the new video for 'UNITED AS ONE'. MiG returned to the West End in November 2014 for THRILLER LIVE, which then toured Australia and New Zealand December 2014. In late 2015, MiG starred alongside Jo Ampil in the first international production of THE BRIDGES OF MADISON COUNTY for Atlantis Productions in Manila. 2016 has seen MiG team up with THE TENORS OF ROCK as well as starring in his own solo show, making the rounds of ships all around the world, and 2017 is looking to be another monster year for MiG as he continues to travel the world performing in Australia, South Africa, USA, Europe and Asia. MiG is also in the process of working on new material for an upcoming album. MiG's latest album, 'MORE THAN EVER' is a culmination of years of determination and heralds the coming of age of this recording artist. Welcome to this new generation MiG Official site. Stay tuned for new songs, demos, videos, and up to the minute updates on everything 'MiG'.