ON BROADWAY WITH MiG

Now that MiG has completed a six month run on the US Tour of ROCK OF AGES as 'Stacee Jaxx', he returns to BROADWAY to reprise the role for the show's re-opening at the Helen Hayes Theatre. MiG-Music.com invites you to go ON BROADWAY WITH MiG! In the upcoming weeks this new page on mig-music will be updated with pictures from backstage, mini-diary entries, backstage sneak peek videos, live stream surprises, as well as other 'ON BROADWAY WITH MiG' mig-music exclusives. In the meantime, click here to visit the ON THE ROAD WITH MiG page for a nostalgic look back on MiG's time on the ROAd...

THE REVIEWS ARE IN

"As Stacee Jaxx, the burnt out rocker who got his start at Bourbon Club and agrees to play his farewell concert there, MiG Ayesa is a pro with an incredible sound."
R.J. Donovan - OnStage Boston

"...remember MiG Ayesa, who came in 3rd on Rock Star INXS? He was absolutely hilarious as the drugged-out rock star who steals Sherrie away from Drew. I didn’t recognize him at first, he’s that good."
MJ - MJ's Big Blog

"It was all a good deal of campy fun, to be sure, but it fell to a supporting character, “Stacy Jaxx,” played flawlessly by MiG Ayesa, to take the show to “Let’s rock!” From fronting the seriously good on-stage band, to hustling the waitresses, to puking off the stage, Ayesa didn’t miss a single nuance available to him."
Janet Preus - How Was The Show

"MiG Ayesa has the Axl Rose physique and clarion vocal cords to flesh out the crude character of Stacee Jaxx."
Tim Smith - The Baltimore Sun

"MiG Ayesa as the sleazy rock star Stacee Jaxx, a perfect composite of Nikki Sixx, David Lee Roth, Dee Snyder and every long haired, kohl eyed lead singer of the era. Mr Ayesa is a fine comedic performer and a power belter and he has an amazing set of abs...which are constantly on display in this show."
Michael Strangeways - Seattle Gay Scene
"Stacee Jaxx (MiG Ayesa), ...is called upon to save the day – and the bar – by performing Arsenal’s final show on the Bourbon stage. His big, blond hair, skin-tight pants and rock-hard abs are the requisite sexy for the era."
Maia Jannele - Seattle Post Intelligencer

"The addition of the explosive, heroin-fabulous MiG Ayesa is a welcome shot of cheap liquor after a day’s work. And no, that’s no typo. Ayesa first made his big-M, little-i, big-G name famous as a finalist on the short-lived reality show Rockstar: INXS. Don’t write him off as C-list fodder just yet. Although he paints his eyebrows on his face, the man can absolutely carry tight jeans, a circle scarf and glittery tank tops with the swagger of a young Bret Michaels and can screech like Gene Simmons in his heydey. Ayesa takes command of the character’s raw sexuality and eerie eccentricity like no other actor before him."
Clare Sayas - Daily Trojan

"The entire cast excels, with standout work from... and Ayesa, whose Stacee is an egocentric drama queen with a randy nature and Roger Daltrey-esque persona."
Eric Marchese - Orange County Register

"...MiG Ayesa, who plays the lecherous Stacee Jaxx. Even though his character is primarily responsible for “effing” up things between the two romantic leads, you can’t help but love him because his performance is nothing short of comedic gold. It pays to keep an eye on him every second that he’s onstage (or on the video monitor or wandering through the aisles in the darkness) or else you might miss some of the best laughs the show has to offer."
Review - World Of Stage

"...MiG Ayesa an almost impossibly chiseled, sexy Stacee Jaxx."
Steven Stanley - Stage Scene LA
"Bringing to Great White Way his critically-acclaimed version of the hilariously impossible rock star Stacee Jaxx following his celebrated stint at the Rock of Ages’ US tour, MiG continued to draw raves, leaving the crowd of the packed theater on 44th Street in Manhattan transfixed by his killer voice, knockout comic performance and, well, washboard abs."
Edmund Silvestre - The Filipino Reporter
"Filipino Australian rock star MiG Ayesa (Stacee Jaxx) showed everybody on that stage and the audience how to truly rock it out. Ayesa’s singing was just incredible."
Oliver Oliveros - BroadwayWorld.com Philippines
"MiG was amazing in his role as the front man of metal band ‘Arsenal’. His performance especially of Bon Jovi’s “Wanted Dead or Alive” showcases not only his singing prowess but also high level of fitness and energy on stage. His sexual appeal was very apparent as his character gets to flash his six pack in a number of scenes, much to the delight of both women and men in the audience."
Violi Calvert - The Filipino Australian

ON BROADWAY WITH MiG GALLERY 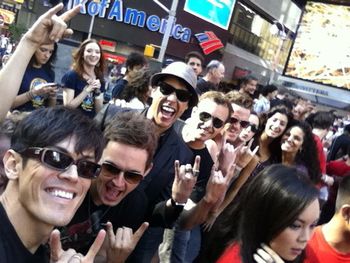 The Cast of ROCK OF AGES in Times Square at the 9/11 Ceremony, BROADWAY UNITES 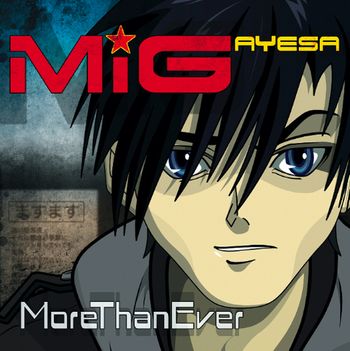 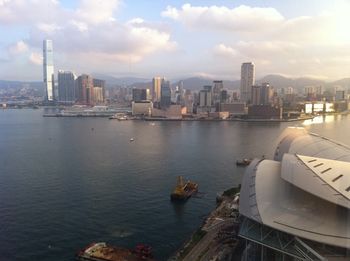 My view from breakfast overlooking towards Kowloon across
Hong Kong Harbour 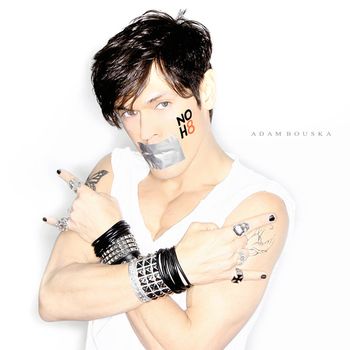 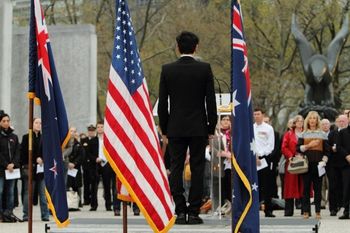 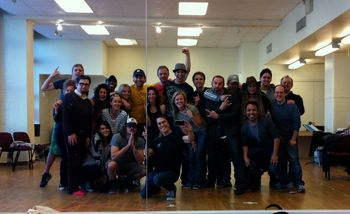